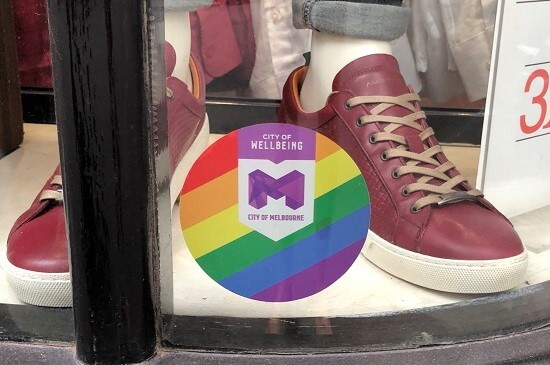 En route to Melbourne I popped in to visit friends and their five-year old twins in Sydney. After a few months of English Winter I was so pleased to feel the sun on my face! After Saturday, an afternoon at the beach and not much sleep at all, I was woken early on Sunday by the little people to play before going to Mardi Gras Fair Day, part of the Mardi Gras festival, a three-week festival that culminates in the internationally renowned Mardi Gras parade. Given what we know about mental health and the LGBT community I was really pleased to see so many stalls promoting mental health awareness.

The first Global Mental Health Summit in London hosted by the UK Government in October 2018 was clear: our efforts to ensure equality for mental health will be most effective if we have a global response. Mardi Gras Fair Day was proof that we live in a global community as I quite literally bumped into a London friend.

Only by thinking globally and acting locally will we shift the dial on attitudes towards mental health, reducing stigma and building the confidence of the general populations to make mental health part of everyday conversations. That is why the global MHFA Community is so important: by learning and sharing together we have an opportunity to accelerate progress in achieving our shared goals.

MHFA International has a new CEO, Shona Bass, who is literally one month in post. It was a real pleasure to spend time with Shona and hear about her early ideas for MHFA Australia and commitment to a collaborative and engaged Global MHFA Community. I met with Shona along with Clare, Sarah, Sharon, Kathy and Kathryn who between them have responsibilities stretching across Instructor Training, Curriculum, Workplace and Research.

It was fascinating to talk to one of the researchers about the Delphi studies from which the MHFA evidence-based guidelines are built. Also fascinating to understand just how many similarities there are in the opportunities, challenges and issues both MHFA England and MHFA Australia face even though we are literally on the opposite sides of the world.

At MHFA England we are currently developing Strategy 2025. As we talked about the challenges, issues and opportunities we each face I could have easily been in Prescot Street, London as Parkside, Melbourne if I had closed my eyes. I look forward to continuing to share creative ideas and solutions across the globe.

My husband is confident I pack badly to create the excuse to buy new clothes when I am working away. This time I needed trousers. Whilst shopping I was interested to see a City of Melbourne City of Well Being sticker. This is what being the City of Well Being means.

Jet lag is an odd beast. Every now and then, normally about mid-afternoon, I feel a bit sea sick. Totally worth it, though! I am looking forward to meeting two of the trustees of MHFA International tomorrow.