Famous faces lend their support to 'Where's Your Head At?' 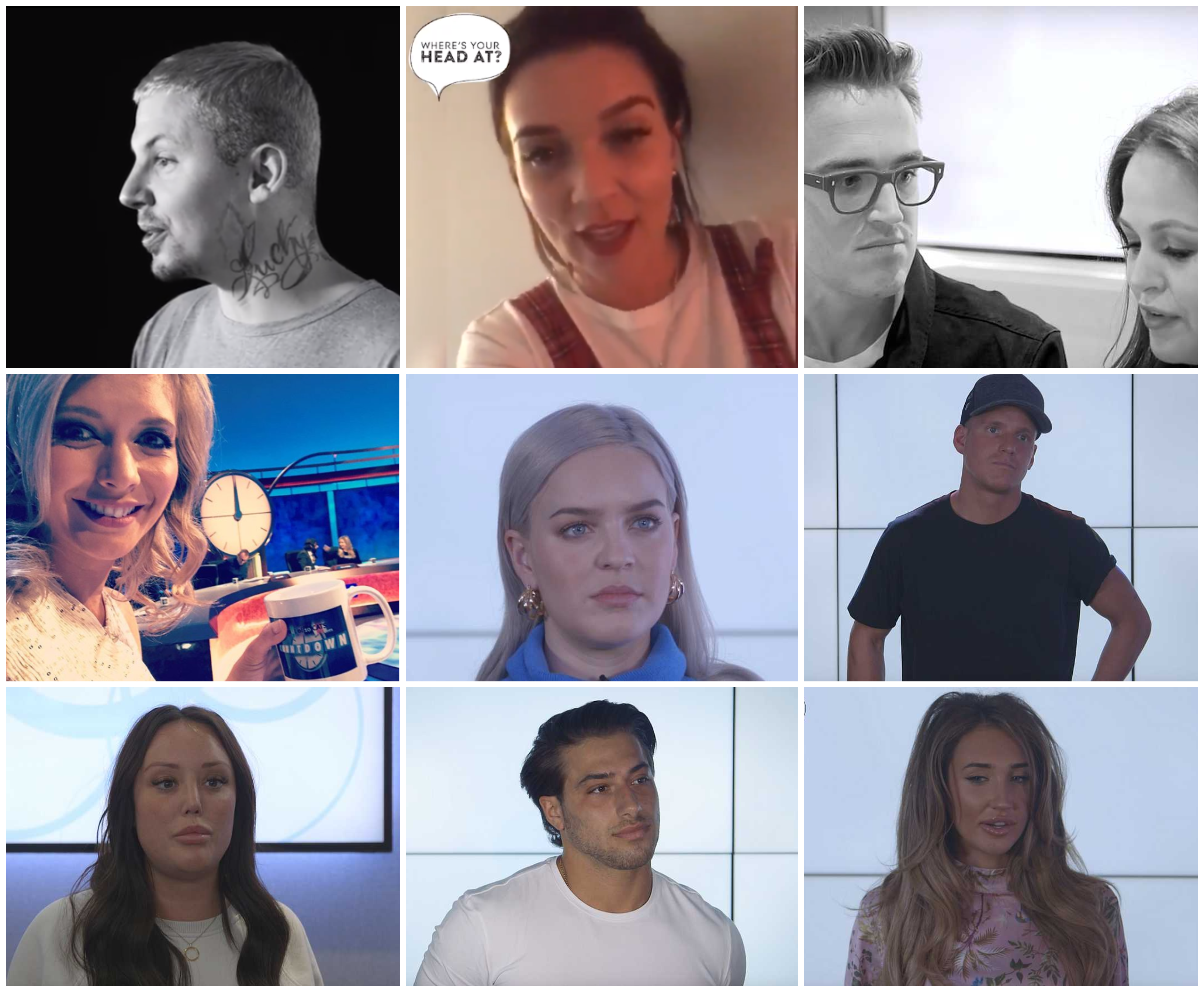 As momentum builds around the Where’s Your Head At? campaign several more celebrities have pledged their support in recent weeks. Rapper Professor Green, Great British Bake Off winner Candice Brown, and McFly star Tom Fletcher and his wife Giovanna are the latest to join a host of celebrity advocates including Rachel Riley, Anne-Marie, Jamie Laing, Charlotte Crosby, Kem Cetinay, and Megan McKenna.

In a conversation with KISS featured in Metro, Professor Green shares his thoughts and lived experience of mental ill health and the impact of social media.

“I was lucky enough to find a form of expression in writing music so I was able to get what was inside out and that made things a hell of a lot easier to process,” he says, opening up about struggling with his ‘internal dialogue’. “When you have stuff swimming around in your head it can all become a bit much.”

Discussing toxic masculinity, Green comments, “I think it’s quite difficult for men to be open – you’re taught as boys, ‘come on be a man!’. But what is it to be a man? That’s really the question.”

Celebrity parents Tom and Giovanna Fletcher also spoke to Heatworld about their own experiences with mental ill health.

Giovanna openly discusses experiencing a miscarriage and the impact this has on her mental health: “I felt like I’d failed me, I’d failed Tom, I’d failed the baby. It was my first taste of motherhood and I think it affected me in a really bad way.”

Discussing the campaign, Tom commented, "That's the first and most significant step. Talk to someone, whether that’s your partner, a family member or a professional." Good Housekeeping, Mother & Baby & the Daily Mail have also since reported on the couple’s experiences.

Also speaking to Heatworld, the campaign’s most recent celebrity supporter is Candice Brown, winner of the Great British Bake Off 2016.

GBBO winner @candicebrown talks about why looking after our mental health is so important. Sign our petition at https://t.co/omRhBEutpB to help us get a mental health first aider in every workplace. 👍🏽 #WheresYourHeadAt pic.twitter.com/xe2aUcJpeH

"I know all too well the effects that mental health can have on you and the stigma that surrounds it, having suffered myself,” Candice tells the magazine in a video for Twitter.

"So, I'm supporting this amazing campaign, go over and sign it, and let's get over that stigma that's around mental health."

Join Professor Green, Candice, Tom and Giovanna, and nearly 70,000 others, by signing the petition here.