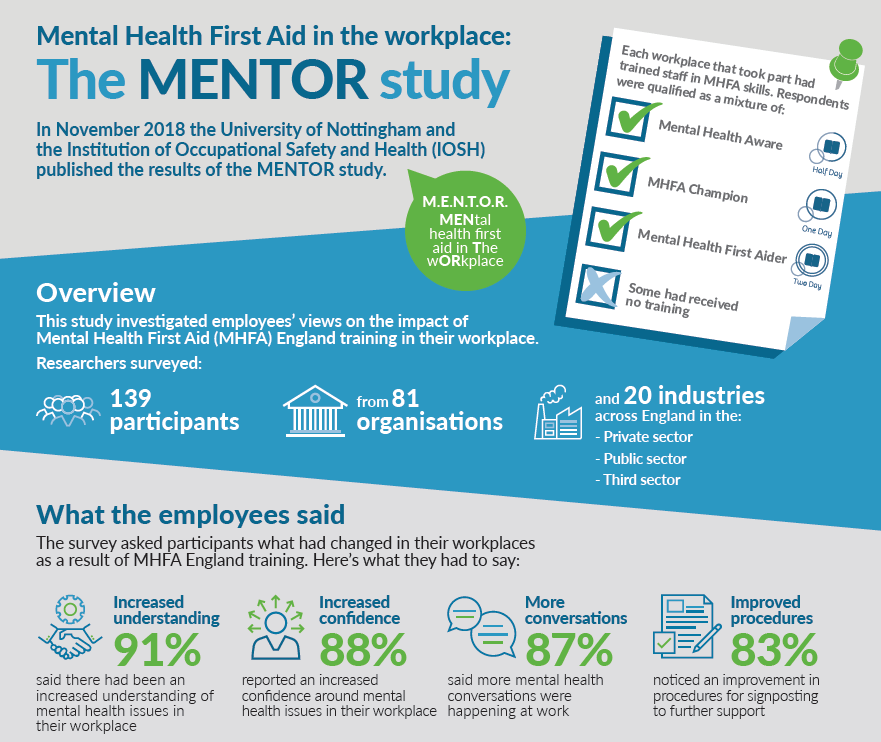 The MENTOR study investigated employees’ views on the impact of MHFA England training in their workplace. There were three parts to the study:

Researchers surveyed 139 participants from 81 organisations across England. The organisations were spread across 20 different industries in the private, public and third sectors.

Participants were asked what had changed in their workplaces as a result of MHFA England training. Responses included: