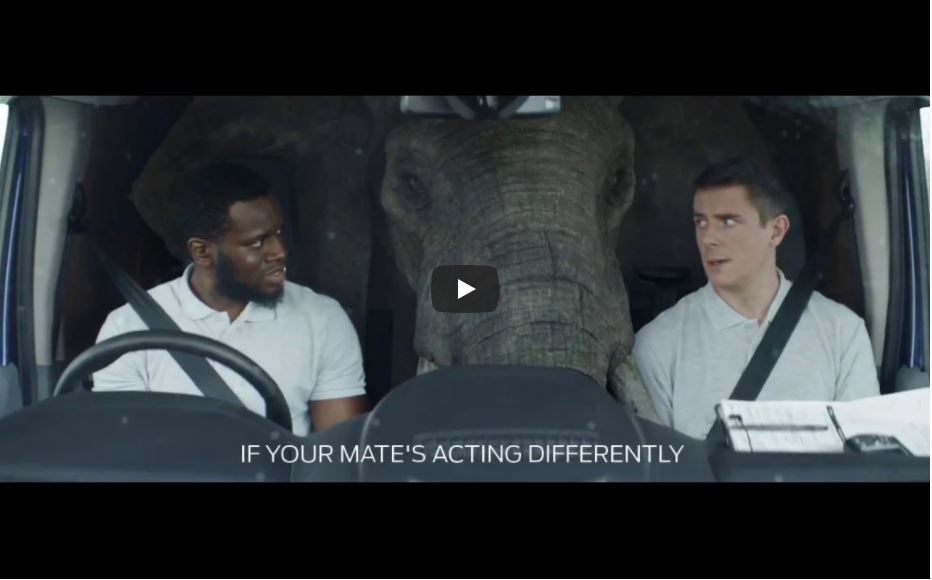 This week Ford Motors has teamed up with Time to Change to launch a new ‘Elephant in the room’ campaign placing a spotlight on mental health. As part of this, Ford is also working with Mental Health First Aid (MHFA) England to launch a programme of MHFA training, setting the tone for the campaign’s objectives to reduce stigma, encourage people to speak more about mental health and to find safe, non-confrontational spaces to talk.

“One in four of us go through mental health issues at some point in our lives, so it really affects us all, be it through personal experience or through the people we know,” said Ford of Britain Chairman and Managing Director, Andy Barratt. “As the market-leading car and van brand in the UK, Ford is an important part of society and we want to use that relationship to reach as many people as possible and encourage them to ask one simple question – ‘is everything OK?’.”

Andy Barratt and Charles Bilyeu, Chief Executive Officer, Ford Credit Europe Bank, have both signed the Time to Change Employer Pledge, making Ford one of the first automotive manufacturers to promote metal health awareness in the workplace. The pledge commits the organisation to deliver actions aimed at increasing the mental health support available to employees, and as part of this Ford are offering MHFA courses to all UK staff.

A national public awareness film, promoting the front seat of a vehicle as a safe space to talk, leads the campaign after research conducted by Ford found that over two-thirds (67 per cent) of people said they were more comfortable talking about issues when in a vehicle. The initiative aims to place emphasis in particular on the issues of young men’s mental health with Ford’s research also showing that a third of men (34 per cent) would talk openly about their feelings, while just under one third (31 per cent) of men said that they would be embarrassed about seeking help for a mental health problem.

Head of MHFA England’s Client Experience Team, Jaan Madan, commented “This creative campaign is a fantastic way of highlight that the front seat is a safe space we can all use to talk about mental health. We’re proud to be working with Ford to help them give their staff access to Mental Health First Aid training, empowering their teams to have conversations about mental health, but also to learn about approaches to supporting their own wellbeing. MHFA training is helping thousands of employers all over the country create open, mentally healthy working environments, and we’re delighted that Ford are also now part of our community.”